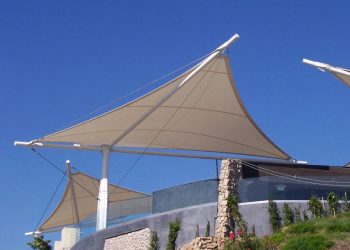 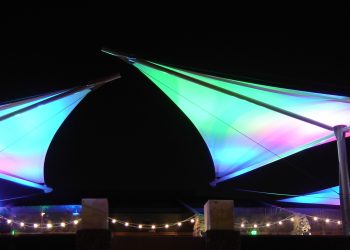 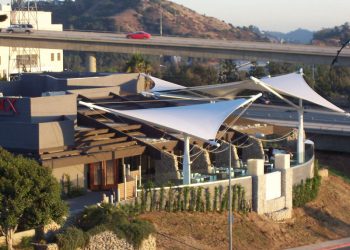 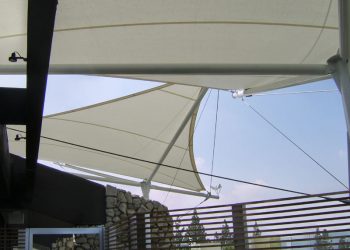 Eide Industries completed the fabrication and installation supervision of three unique hyperbolic tension structures for the Minx Restaurant & Lounge (which is now the Osaka Seafood Buffet) in Glendale, California. Eide was originally approached by Envirotecture architect Kamran Aryai to create a simple cable perimeter fabric awning that attached to the restaurant. Due to the city’s fire restrictions, an attached standard awning would not be allowed. Fortunately, with the collaboration of Huntington Design engineer Craig Huntington and Kamran, they were able to come up with three individual “kite-shaped” patio canopies that took control of the entire image of the restaurant.

The tension structure project was structurally engineered to a wind load of 70 MPH. The masts were fabricated with 14″ steel tubes and 6″ wide plates welded down four sides of the tubes for support, aesthetics and cable attachment functionality. The 8″ side and rear struts of the structure are supported with the triangulation of stainless steel guy cables and stay cables. The only supports holding the front strut up are the reactionary forces of the catenary cable and the fabric. The beautifully crafted cable fittings were provided by Frontier Technologies. The tensioned fabric roof covers were fabricated from Saint Gobain’s non-combustible and fireproof PTFE product Sheerfil V®. After strenuous efforts with the city of Glendale, the fabric was finally approved. The majority of the installation took place in the parking lot. The structures were then lifted via crane over the restaurant and into place on their respective footings consisting of eight 2″ anchor bolts. 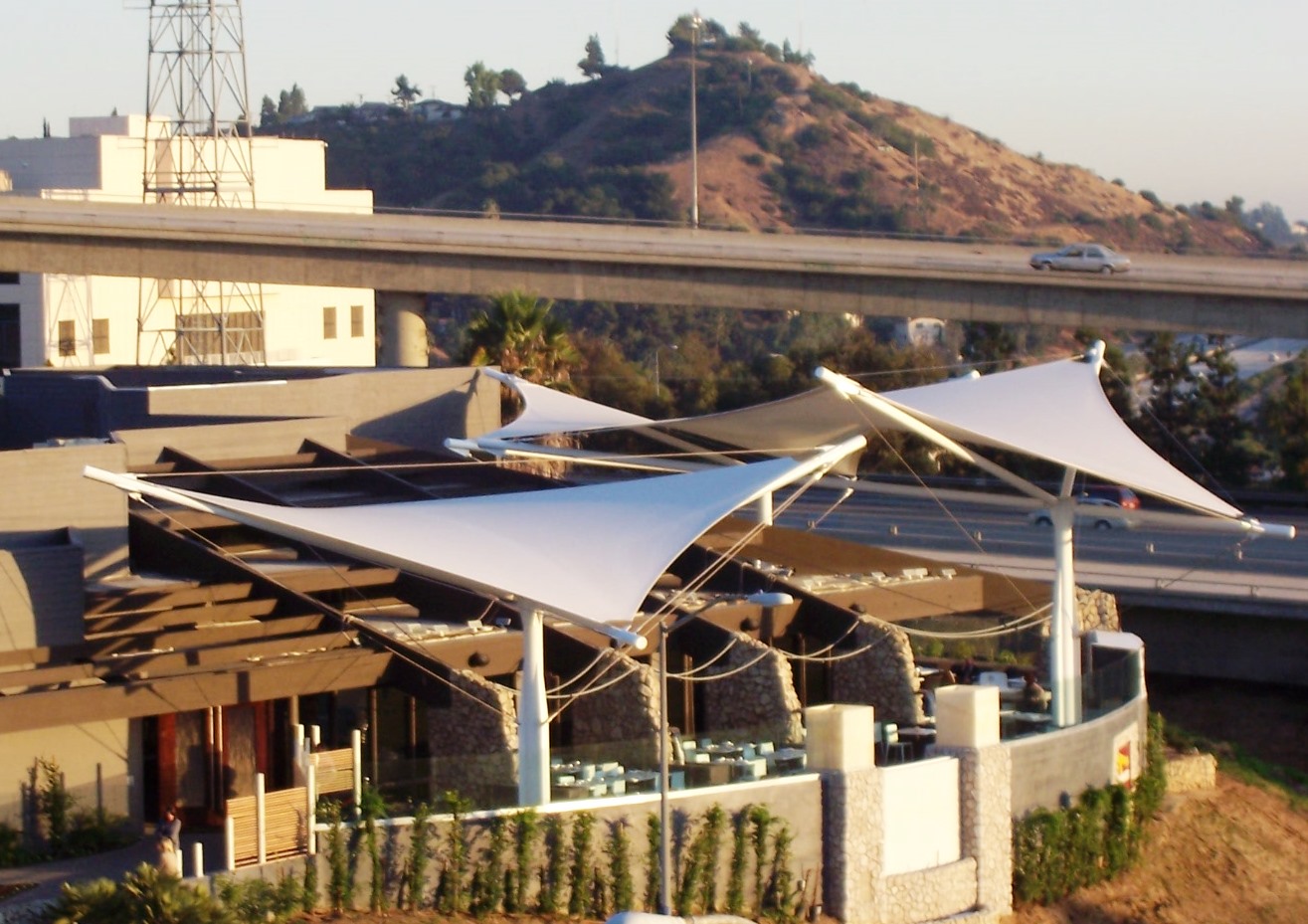